This video shows a implementation with three Arduino platforms (Ethernet) synchronized independently (from a remote NearHub) with a time slot of 250 ms. Because there are 4 lights in this example, two Arduinos uses one channel and the third uses two channels. The lights are switched on or off by a modified plugable outlet (with internal micro-relay)


How does it work?


This implementation allows you to control up to 16 independent light systems connecting each to a different NearBus Agent. The Agents are not linked together, instead they are only linked through Internet to the NearHub. To synchronize each light system the NearBIOS implements a pseudo NTP system that allows to synchronize all the agents with a precision about 100 ms. The Web Interface should be used in shared mode (between multiple users) to simplify the interaction when the light sequence is defined. 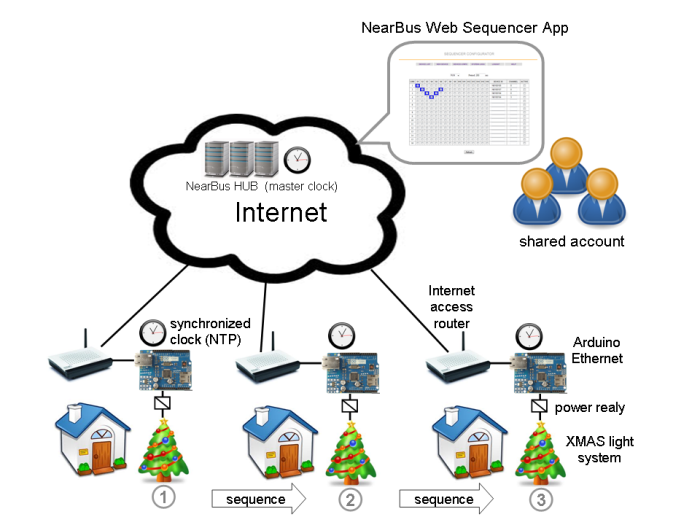 
» This implementation has been designed to be simple to deploy. It only requires an Arduino Ethernet platform and a simple relay electronic driver (to control the power light system).


» This is a DIY project, so we do not sell any of the special components that are shown in this application note.


» This App Note is intended to be used with educational or experimental purposes and should not be used in professional environments. 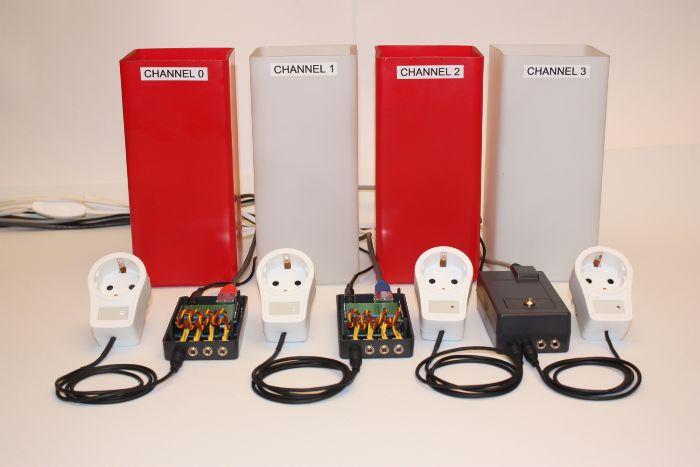 
Because this specific App usually will require a group of users, we recommend to define a shared account, and manage it between all the users to simplify the configuration process.


Download the Arduino NearBus library from the download menu. Because this is a beta release the only one supported platform is Arduino Ethernet.

3- Set Up the new devices in the NearBus Data Base


The "New Device" menu will allow you to activate the devices in the NearBus system. When you generate a new device the system will give you a new "device_Id". This device_Id identifies your device in a unique way (like a MAC) so you will need to set this device_Id (and the shared secret) in the Arduino code before uploading it to the board.

4- Update the Agent code in each Arduino platform


Set up the right "device_Id", "shared_secret", and Ethernet MAC address before uploading the Agent code in each Arduino board.

5- Connect the light system to the Arduino Agent


This Beta release of NearBIOS supports up to 4 channels on the Arduino agent. For this App you only need to connect the "digital pins" of Arduino. The chart below shows the assigned pin for each channel:


Note: as usual, to control a power light system you need to implement a power driver. The simplest solution is to use an electromechanical relay driven by a small transistor. In the Help section you can find a diagram of this simple circuit. 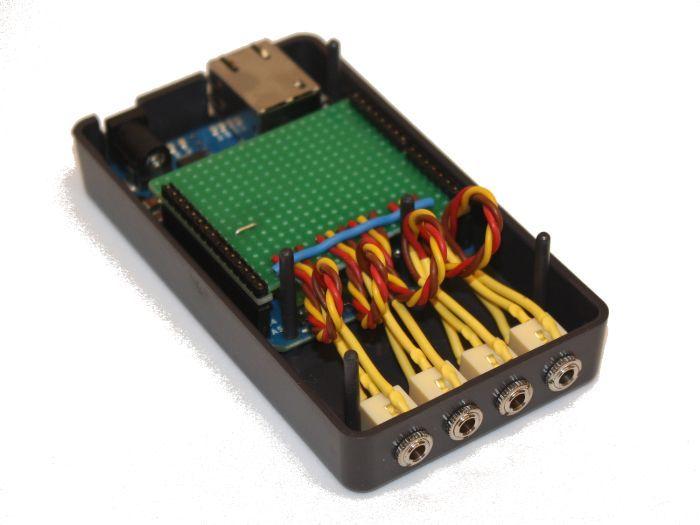 6- Verify that all devices are UP


The "device list" menu will show you the device state (UP or DOWN). Be sure that all devices are in UP state. 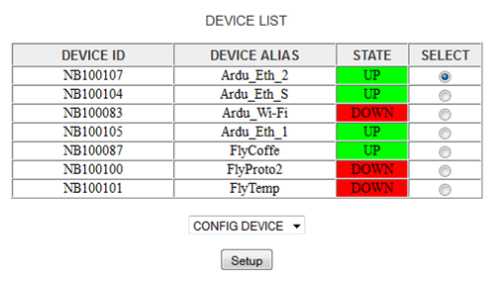 
The "Sequencer" menu allows you to configure the desired sequence. You should define the device and the channel that will control the sequenced light. The following screen shot shows the sequencer configuration screen: 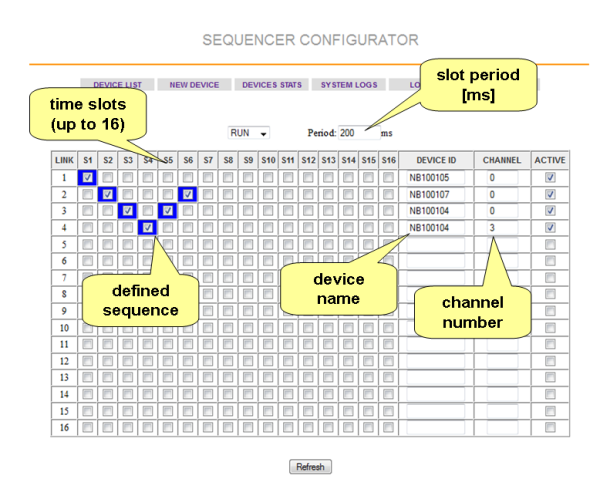 
Select the RUN option in the configuration screen and refresh it. The system takes a few seconds to be synchronized and fully operative.