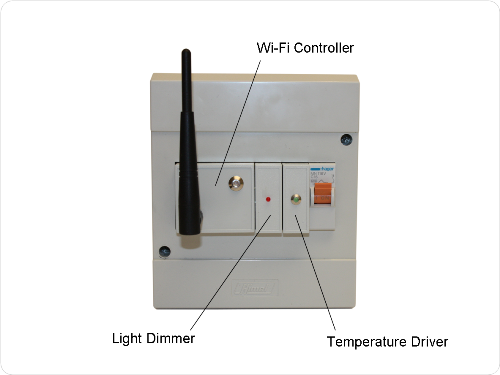 For its implementation this app note needs some basics electronics skills and knowledge.

The controller is the main component in the Cloud PLC system. The controller consist basically of a microcontroller board (Arduino Ethernet for example), wired to a output following a NearBus typical pin-out.

The drive modules are the electronic devices that make the adaptation function between the external signals and the microcontroller signals. Its functions include:

- To adapt the electrical levels. 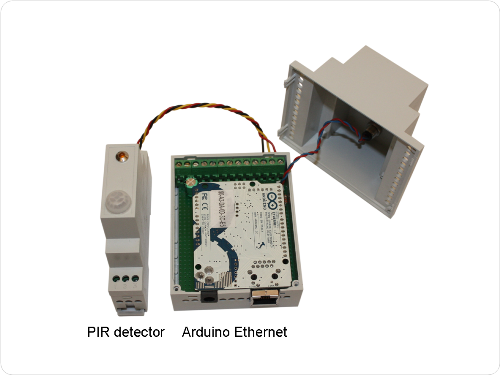 The following picture shows the basic support board and the NearBus pin-out assignment (note that each port represents only one microcontroller digital or analog I/O ) and a Vcc / GND connection (is important to remark than this 3 pin trivial configuration is enough for most of the practical implementations and offers a huge flexibilty at configuration time). 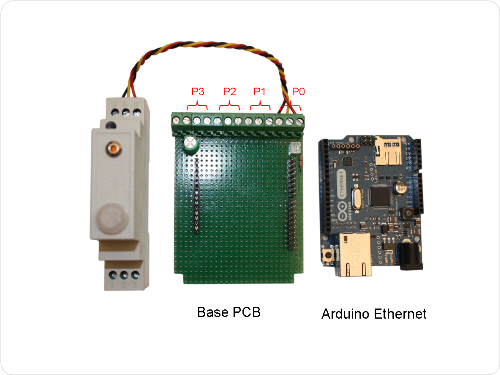 The NearBus system has been designed as an open HW platform, under this philosophy each component in the NearBus project has been thought to be useful by itself.

For example the drivers in most of the cases are simple transducers that deliver a single signal to the controller (eg. temperature sensor) however they could be used alone in another system like feeding a conventional temperature display.

On the other hand the controller is basically an Arduino Ethernet board mounted into a DIN enclosure in order to simplify its mounting and wiring. This solution could be used for example with a conventional Arduino Uno board in standalone system that will not require a network connection (like an industrial data logger).

The following list describes some of the main Drivers (sensors / transducers) that have been implemented in different NearBus scenarios.

(*) This initial trial release has been deployed only for the Arduino Ethernet platform. We are deploying new Agent libraries for another Arduino boards and platforms with Ethernet and Wi-Fi connectivity.